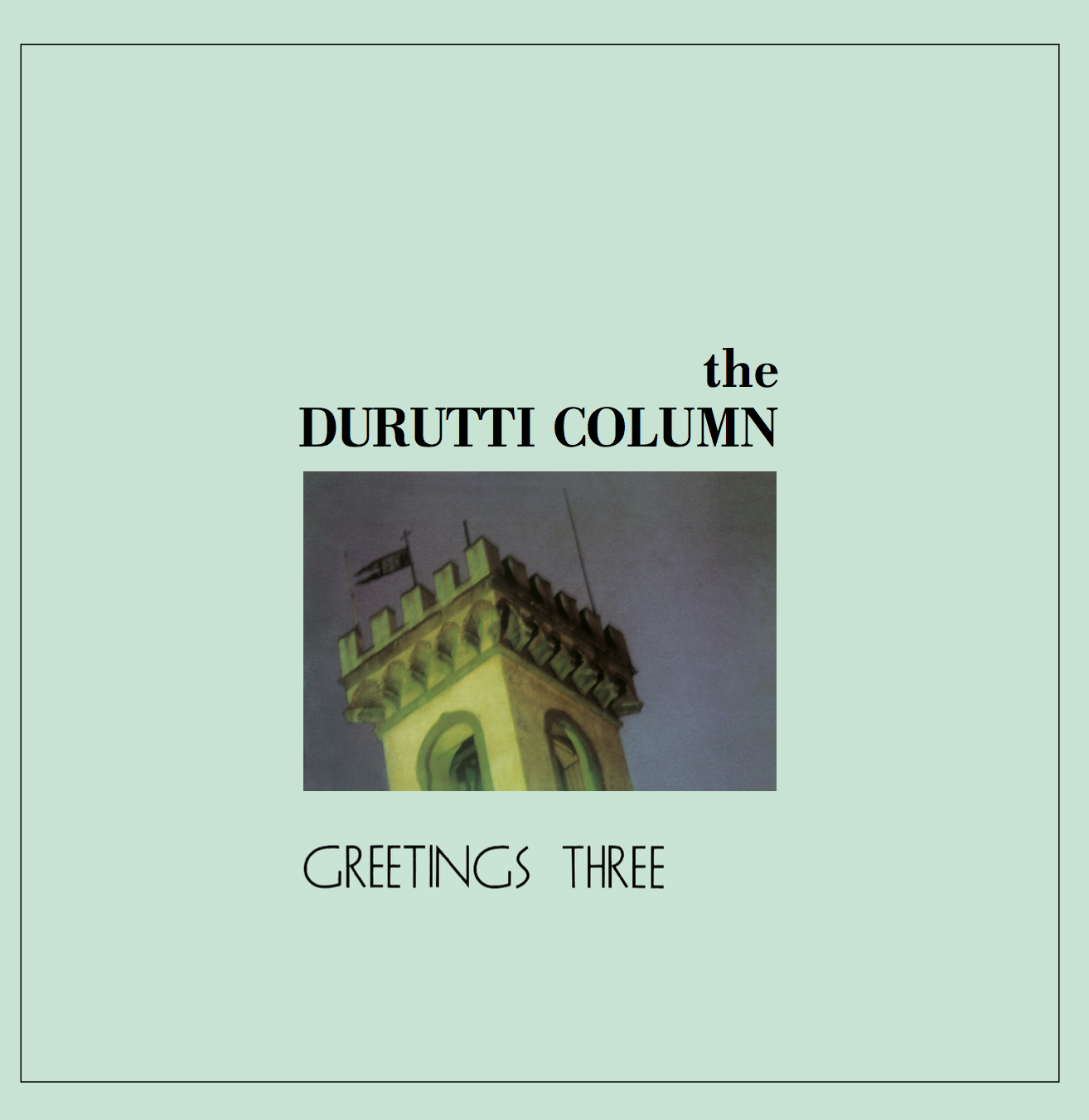 Durutti Column’s Greetings Three is the first album of the band published by Materiali Sonori. The elegant and genuine guitarist Vini Reilly entrusted exclusevely to the legendary Italian label four original tracks dedicated to Italy, Tuscany and the new Italian friends: watercolours for guitar imbued with minimalistic touches, quiet electronic folk and ambient music characterised this album.
The project is dated back into 1985 after the band’s participation at the Manchester Greeting Festival, the event organised by Materiali Sonori at San Giovanni Valdarno (Italy). Together with Reilly the drummer Bruce Mitchell (Reilly’s longstanding collaborator), and the violinist John Metcalfe.
The album was produced by Vini Reilly himself and recorded in Manchester in 1986.
(Giampiero Bigazzi, 2017)

SIDE A
Florence Sunset
All That Love And Maths Can Do

SIDE B
San Giovanni Dawn
For Friends In Italy