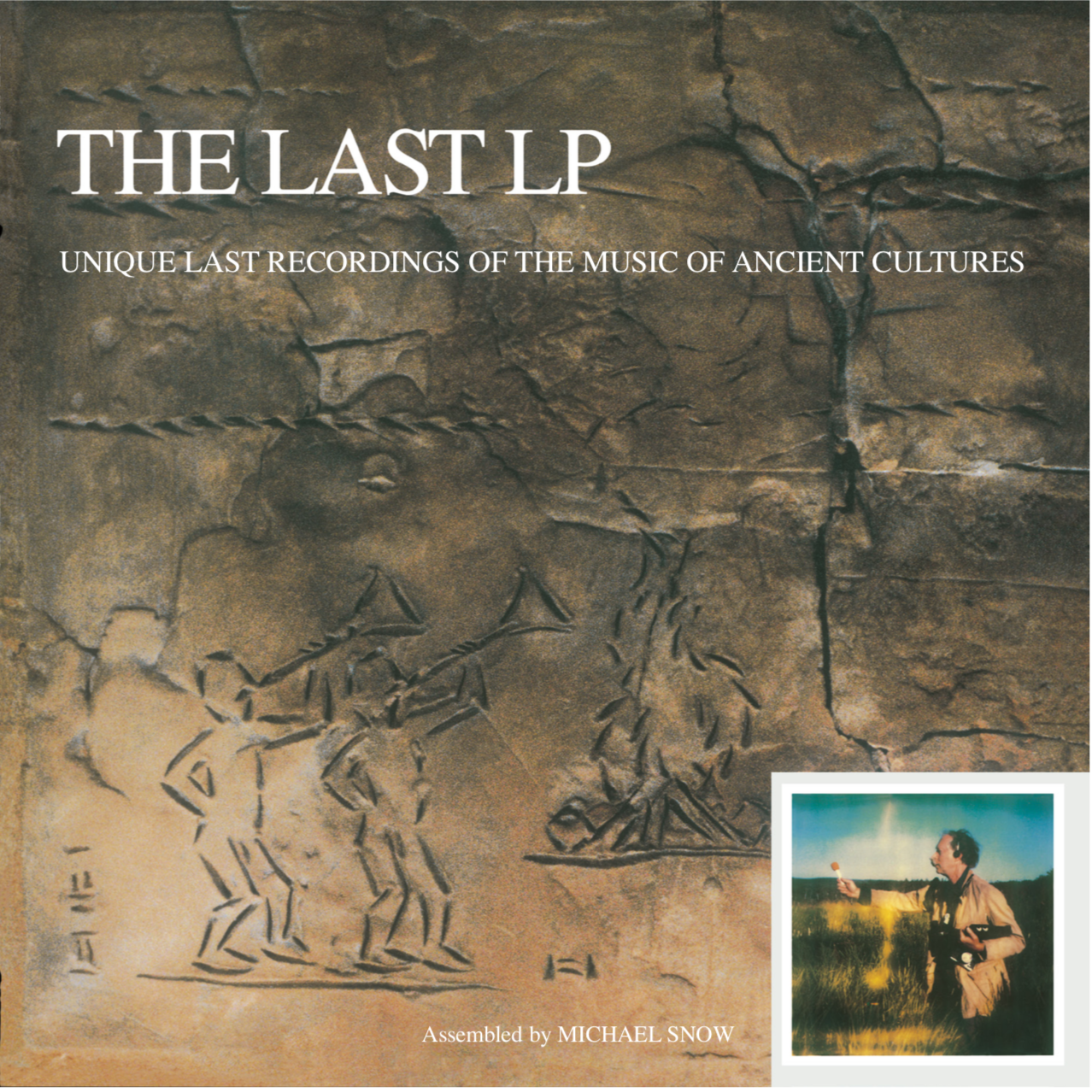 In collaboration with Michael Snow
Michael Snow’s The Last LP is an extraordinary collection of tracks “of rare music derived from threatened, obsolete, or now-extinct cultures from around the world” that although the claiming of being field recordings of ancient musical experiences, are in fact pieces played, conceived and recorded by the artist himself.
As it was for Music For Piano (CY999), with this issue the Canadian artist further developed his conceptual investigation around the object-LP where the single elements (the record, the music, the text and the jacket) are so indissolubly intertwined to create what the artist calls a “sonics-sculpture-text”. Partly motivated by the announced obsolescence of the vinyl format, The Last LP is also a critical reflection on the impact of new technologies on the relationship between played and recorded music.

SIDE A
Wu Ting Dee Lin Chao Cheu 6:09
(Announcing the Arrival of the Emperor Wu Ting)
The Orchestra of the National Music Institute, Seoul Korea

Si Nopo Da 3:42
(By What Signs Will I Come to Understand?) Women of the Bo-sa-so-sho tribe, Niger, S.E. Africa

Quuiasukpuq Quai Gami 2:14
(He is Happy Because He Came)
Performed by Ani’ksa’tuk of the Tornarssuk tribe, Siberia USSR

Amitābha Chenden Kālā 6:32
(The Simultaneous Welcome of Amitabha)
Performed by the 12 monks of the Kagyupa Sect, Bhutan